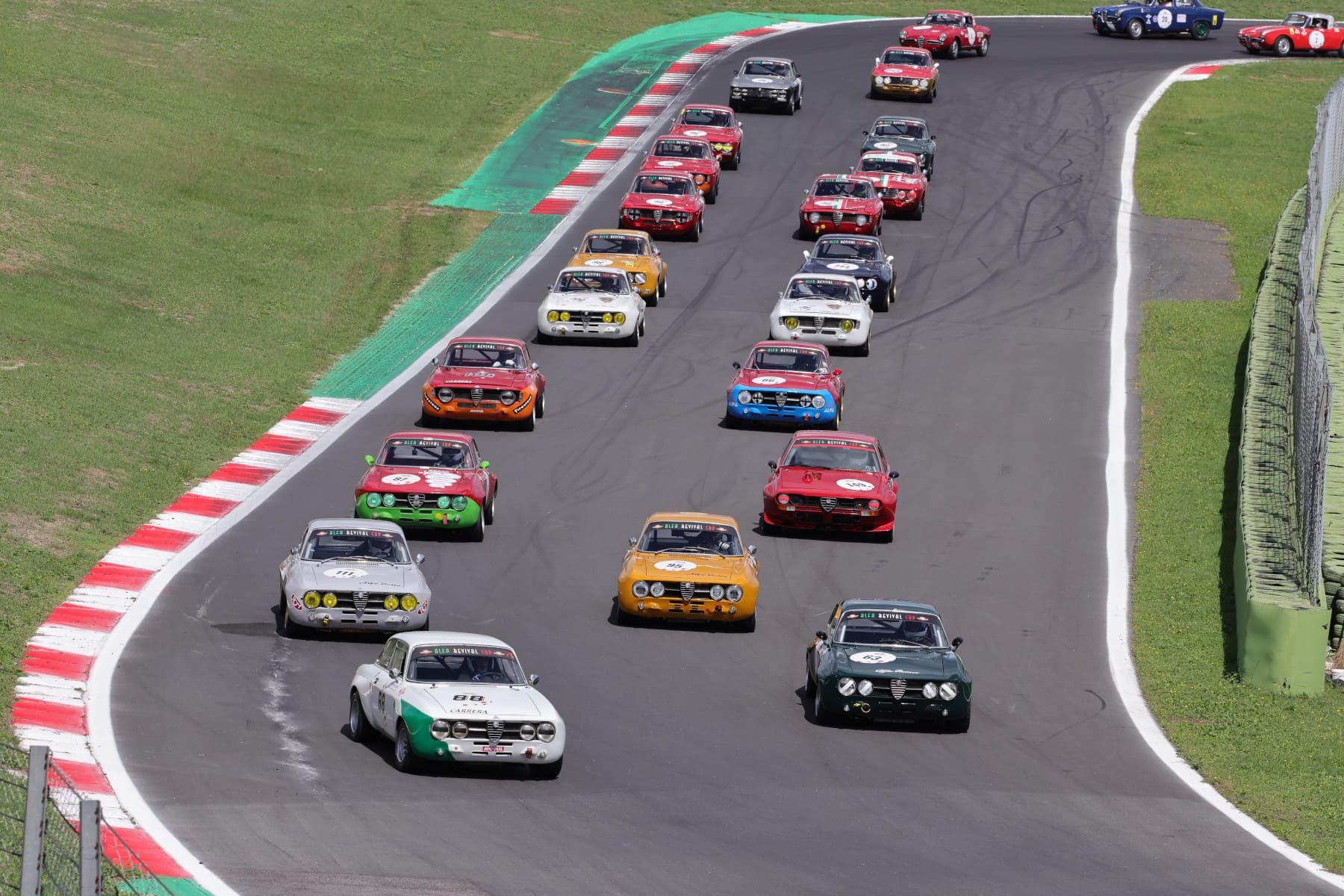 September 13th 2022: The Vallelunga Circuit, not far from Rome, has just hosted the third race in the Alfa Revival Cup 2022 series during a particularly hot and sticky weekend. Eagerly awaited by participants after the first two races in this single-marque series — at Mugello in April and Misano in June —, the “Piero Taruffi” event got under way on the Friday, as usual, with free practice sessions, followed by the qualifiers in the late afternoon.

The qualifying session on the 4085-meter racetrack had some surprises in store very early on, with Bachofen and Restelli forced to pull out with mechanical issues after just a handful of laps, and Crescenti and Pantaleo recording the fastest lap (1.53.558”) with the narrowest of margins: just 0.622” separated them from the Mercatali duo. The other drivers qualifying in the first five, all with wonderful GTAm models, were Panini and Raimondi of Modena, the Swiss pair Perfetti and Gardel, and the Misano race winner Bertinelli; they trailed Crescenti and Pantaleo by 0.998”, 1.061” and 2.728”, respectively. Bruno Mazzuoli and Amerigo Bigliazzi in an Alfetta GTV, having fought to the last to start as leaders of the IGR5 category, thrilled everyone by snatching sixth place on the starting grid.

The next day was another hot day, and things heated up even more during the very first laps of the race itself. After the green light, Crescenti made a fantastic start in his GTAm, immediately pulling ahead and establishing a useful lead, while behind him a tussle broke out after a risky attempt to overtake saw Perfetti and Gardel forced onto the grass. At the Curva del Semaforo, Mercatali surged from sixth position into second, while Perfetti and Gardel were forced to retire.

Leonardo Polegato Moretti, competing in a GT Veloce, Lonardi and Raimondi, in a Giulietta Spider Veloce, and Mazzuoli and Bigliazzi, in the race’s only Alfetta GTV, were also forced to pull out, all for technical reasons.

Following the opening of the pit lane and the driver changeovers, the positions in the field started to change. Crescenti and Pantaleo’s GTAm, having fought off attempts to overtake by Panini and Raimondi, followed by Serio and Guerra in a GTA, managed to establish a soon-unbeatable lead of 20 seconds or more. And so, with the contest for first place settled, Bertinelli, relentlessly closing in on the leading group, sparked a four-way battle for second and third place, in which, Luigi and Niccolò Mercatali, making a remarkable recovery, got the better of Serio and Guerra, while Bertinelli and Panini, missing out on the podium, crossed the finish line just a few hundredths of a second.

Like the others in the series, this third race devoted to the best of the “Biscione” brand gave us some unforgettable moments and huge thrills. And there’s more to come. With the overall and various category winners far from decided, the last two races in the series are certain to see the crews battling it out in equally thrilling no-holds-barred contests.

Everything is still to play for! So, roll on September 30 and the next Alfa Revival Cup 2022 race, at the “Riccardo Paletti” circuit in Varano de’ Melegari. 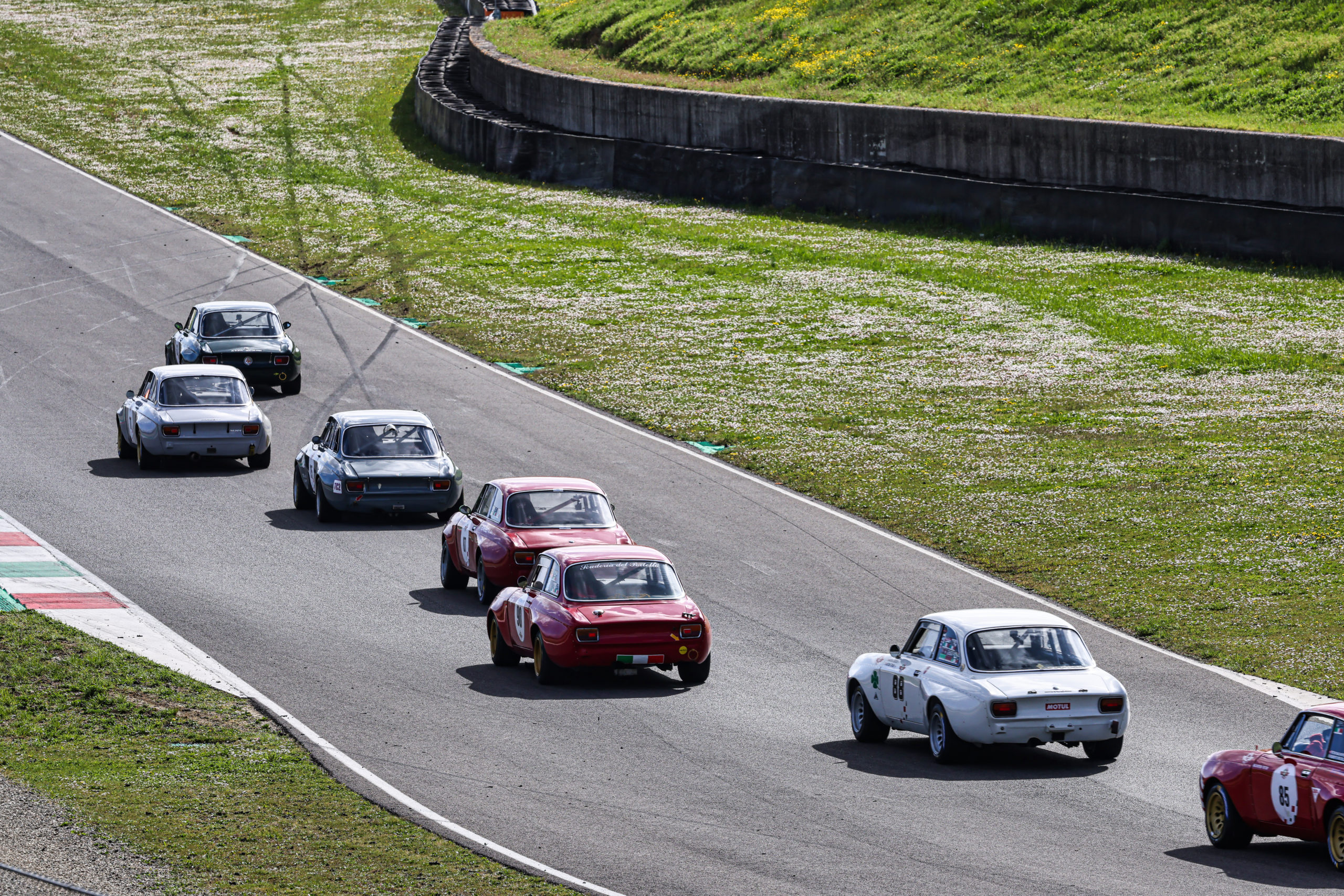 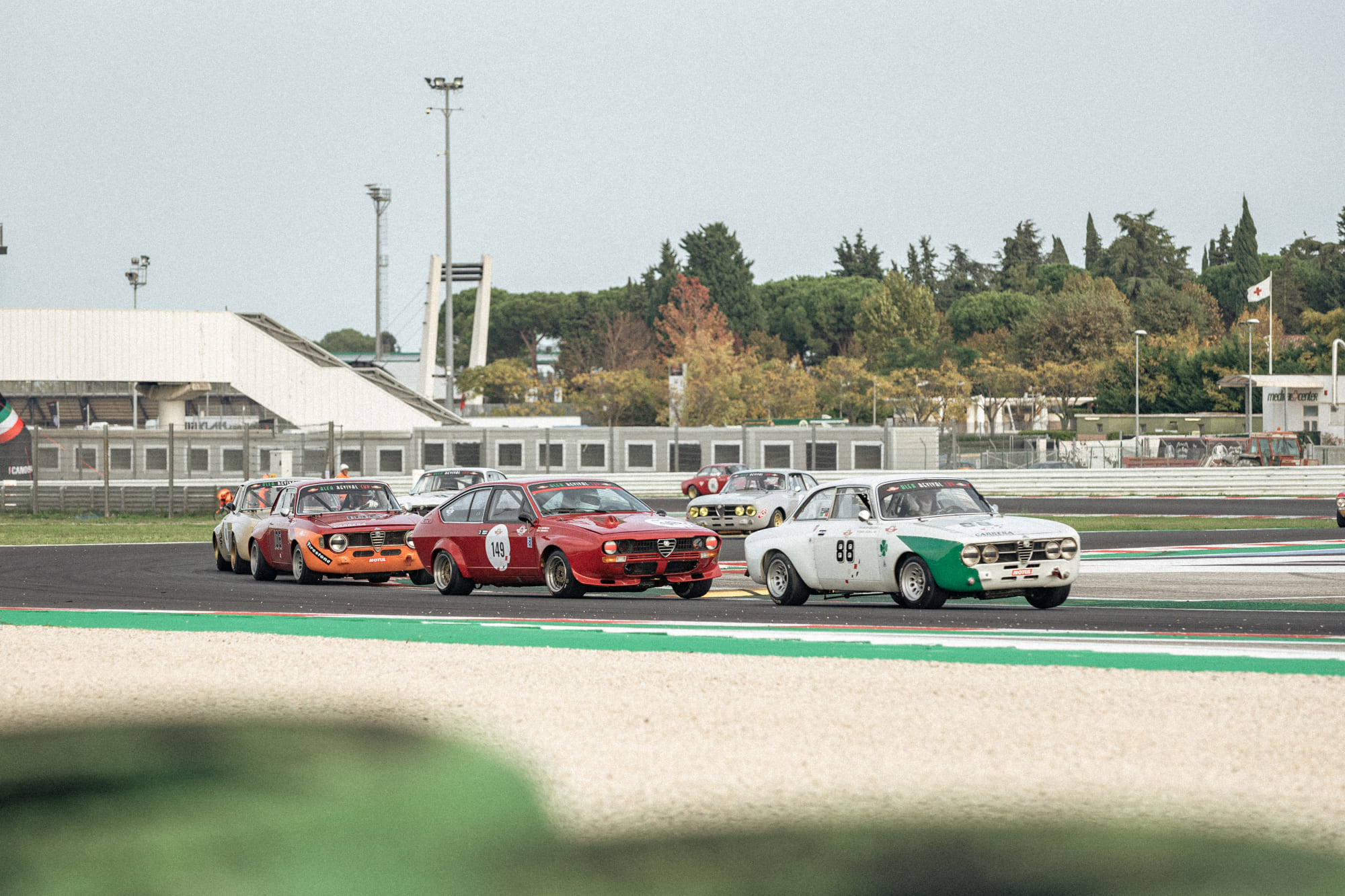